Jason Williams, a senior at West Bloomfield High School, is signing to play football at Ferris State University.  His major is undecided.

Jason has played football since he was 6 years old.  He started playing for the Southfield Ravens and finished little league with the Southfield Falcons.  After little league he went on to play for Cass Technical High School.  Jason played JV football as a freshman and was moved up to varsity and was a part of the championship team of 2016. He has also been playing varsity baseball since 9th grade.

“I want to thank God for blessing me with the ability to play the game that I love.  I want to thank my parents for their unwavering support and my sister, for the countless times she has sat in the car waiting on me at practice. The three of them have never missed a game since I started playing.  So many other people have really rallied behind me through this rough recruiting journey and I thank each of them as well.  I especially want to thank my West Bloomfield Coaches and teammates.  Although I only played with you guys for one season, it is the one that I will cherish the most. You accepted me and my role on this team as if I had been here since 9th grade and I am forever grateful. We came up short this season but I would not trade my brothers for nobody.  For me, West Bloomfield High School will always be home.” 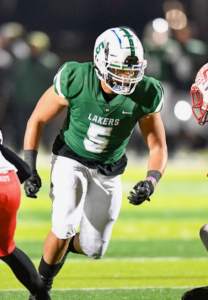 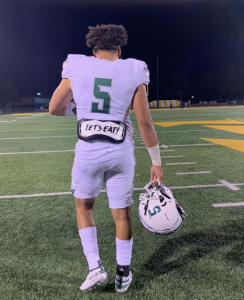