Matthew Elliott, a senior at West Bloomfield High School is signing to continue sailing at Massachusetts Institute of Technology. Matthew plans to study engineering with a focus on either aerospace or naval disciplines.

Matthew first learned to sail at the Pontiac Yacht Club when he was young. While he continued to sail for fun it wasn’t until he started competing at the high-school level did he truly excel in this sport.

Matthew joined the sailing team in the fall of his freshman year. He earned his varsity letter this first season and again in each of the seven subsequent seasons. Upon entering the fall of his junior year Matthew became the captain of the team. As captain, Matthew lead his team to two national regattas in spring 2019. The team traveled to Annapolis MD for the Phoebe King national fleet race regatta, and to Cleveland OH for the NIT national team race regatta. While it was an achievement just to reach these competitions, the teams finishes allowed West Bloomfield to be ranked 38th (in fleet racing) and 18th (in team racing) in the nation amongst the 1600+ high school sailing teams. This past fall the team made it for the first time to the Great Lakes Championship in Chicago where they finished 13th in the Midwest. Matthew has also taken his sailing career outside the scope of high-school competition. In the summer of 2019, Matthew won the DRYA season in the single-handed laser class. Furthermore, Matthew finished third at the Michigan State Championships for the single-handed laser class in both 2018 and 2019.

“I am so thankful for everyone who made this dream possible. For my older brother Robbie who has been the best role model I could ever ask for. For my parents who allowed me to pursue my sailing career and traveled with me across the country for regattas. For my coaches who developed me from an inexperienced sailor to a person capable at competing at the highest level. My journey to MIT is by no means entirely athletic, and my teachers all the way back to elementary school deserve a world of thanks. Lastly to my friends and teammates who have accompanied me on this incredible journey.” 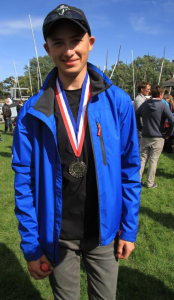 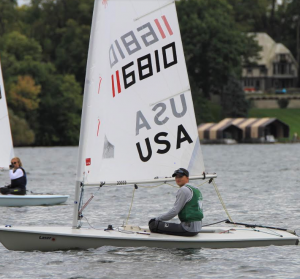