Sam has played football for West Bloomfield for all 4 years of his high school career and has played varsity for two of them. Sam began playing high school football on the offensive line and has always had aspirations of playing that position at the collegiate level. Towards the end of his sophomore year Sam’s coaches told him that he had lost too much weight and lacked the required size to play on the offensive line. His coaches then presented the opportunity to play at the H-back position to accommodate his size. This opportunity proved to be a blessing for Sam as it gave him the chance to achieve his dream of playing football at the next level.

“First off, I would like to thank my parents for standing by my side every step of the way during my recruiting process and for all the countless hours and money they spent to help me achieve my dream. I would also like to thank all of my coaches for putting me in a position to succeed and teaching me what it means to truly be resilient. Next, I would like to thank my girlfriend for continuing to motivate me to do great things athletically and academically. Finally, I’d like to thank my friends for creating a culture that pushed me to be the best version of myself. West Bloomfield will always hold a special place in my heart as I move on and continue my career at the next level.” 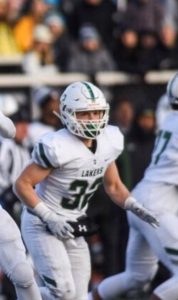 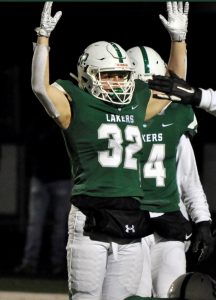