Alexis Renae Kill is a Senior at West Bloomfield High School.  Alexis committed to Schoolcraft College NJCAA Softball in Livonia, Michigan.  There, Alexis will become a part of the Ocelot Team.  She will be pursuing a degree in Nursing /Nurse Practitioner with a Minor in Psychology

Ever since Alexis was three years old she started playing  sports.  Alexis started her softball journey on Motor City Madness 10u.  Alexis began playing 1st base and outfield. After Alexis had quickly progressed into 12u she had to decide between softball and soccer, which she has been playing competitively since she was 3 years old. Although at the time Alexis wasn’t that great at softball she chose to go with her gut and continue with it. All of Alexis’ life she knew she wanted to play a sport at the collegiate level. Alexis made it her goal to now play softball at that level. During Alexis’ first year playing softball she was introduced to pitching. Little did she know the excitement she had for pitching was the same after she found out it was different from baseballs way of pitching. After quite a few years, and hundreds of hours of practice and lessons, her hard work made her the player she is today.

While attending West Bloomfield High School Alexis has been in the Model United Nations club for her freshman and sophomore year. Alexis also received her Varsity softball letter her freshman year. During her junior year she was part of the league champion team. Alexis was a main part of this achievement as a pitcher, hitter, and 1st baseman. Alexis was very excited for this season in a new more competitive division ready to win districts. Unfortunately that is not able to happen but she plans to come back next year to help out the players and coaches!

“ First I would like to thank my mom and grandma for sacrificing all of their days to take me to softball lessons, practices, or tournaments. I would not be at the level I am without my mom. She pushed me to be the player that I am today. My mom always wants the best for me, and because of her that’s what I’m on my way to have. I would also like to thank my coaches: Dave Griffith, Rob Hogarth, Keith Beck, Dave Forsyth, Craig Woodham, and Larry Frommer. Not only did these coaches teach me skills, and how to be a better softball player, but also formed me into a better person. They taught me communication, sportsmanship, and Mental Toughness. I could not thank them enough for everything they have done for me. Last but not least, I would like to thank my friends. My friends have helped to push me not only academically but athletically they truly all want the best for me and know me better than anyone else does. Because of them I know I always have someone to talk to. Its upsetting that this season is cancelled but i am very excited to start my new journey at Schoolcraft.” 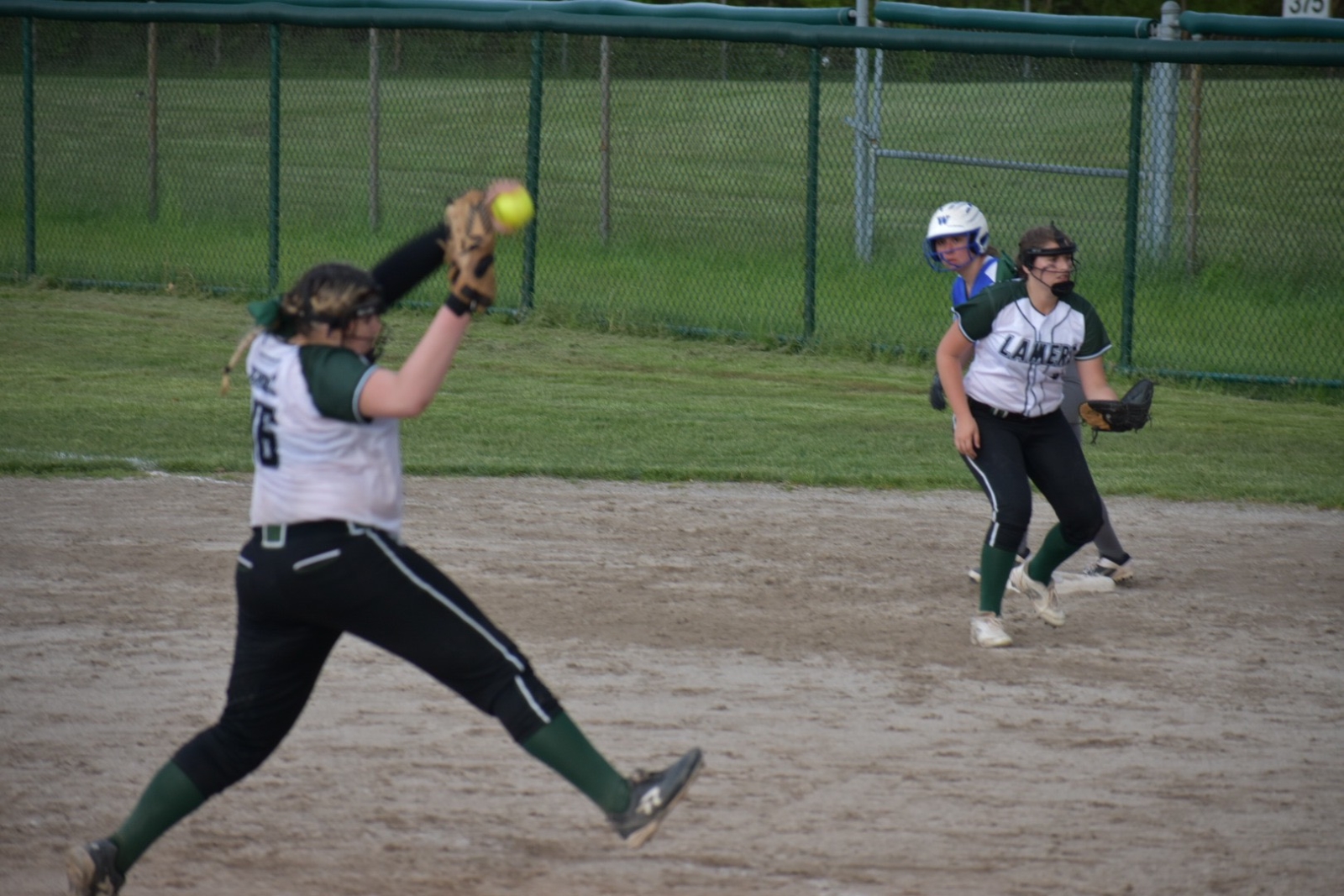