Tyrice Grice is very excited to start his 26th year of coaching and looks forward to his new role as head coach of the 2020 Michigan High School Division 1 state champion West Bloomfield Lakers.  Coach Grice has been involved in the program for the past 8 years, serving as Assistant Head Coach, Defensive Coordinator, and Linebackers Coach on the varsity team.  The play of Coach Grice’s defense was extremely instrumental in the Lakers state title run, as he led a group that had six shutouts on the season, including a 41-0 shutout of Davison in the State Championship game.  While at West Bloomfield High School, he has helped a number of student-athletes achieve their goal of continuing their athletic and academic careers at the collegiate level.

Coach Grice attended Detroit Pershing High School where he was captain of the football team and made All-City honors.  He then attended Western Michigan University from 1985-89 and earned a football scholarship to play LB.  He formerly was head coach at Detroit Renaissance High School (2010-11), and defensive coordinator at Southfield Lathrup high school (2008-09).  Coach Grice has coached many years with various youth programs within the City of Detroit, which provided a strong foundation of community involvement.

Coach Grice has his bachelor’s degree in Accounting from Western Michigan University (1990) and owns an independent insurance agency within the metro Detroit area.  He has 2 children; Son, Tyrice Grice Jr. (22) who is a senior at the University of Michigan as an engineering major, and a daughter Simone Grice (17), who is a Senior at West Bloomfield High School.

Laker Nation congratulates Coach Grice on being named as the head of our football program.  We look forward to continued success and excitement in the program for years to come. 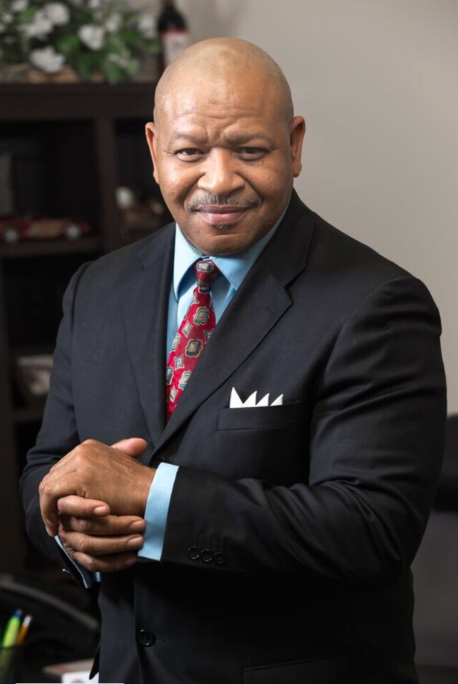