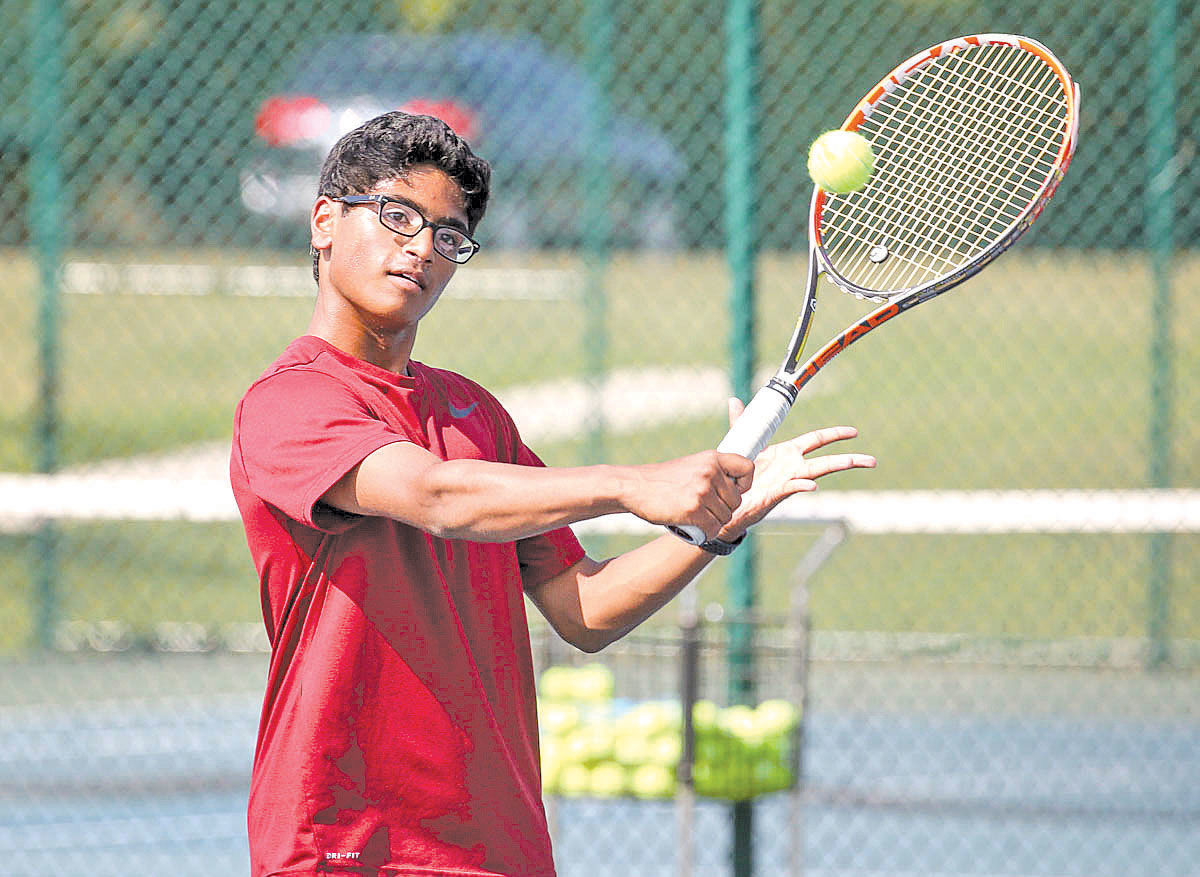 A big matchup this evening as the boys tennis team took on regional foes Plymouth Salem. Fortunately the bounces favored the Lakers as they rolled to a 8-1 victory.

Leading the singles players was Anika Yarlagadda at the top spot. She quietly gutted out a 6-4, 6-2 win at 1 singles. Karthik Ravi and Aryan Kamath also came away with two set victories with 6-1, 6-0 and 6-0, 6-3 matches respectively. Benji Efros wasn’t feeling as well as he’d like but he adjusted his game mid first set to come away with a 7-5, 6-3 win at 4 singles.

The doubles played very strong today despite a little tiredness creeping in from the past few days of homecoming weekend. However, the 3 doubles of Sam Carlin and Ned Patron burst out of the gates early and had a quick 6-2, 6-0 win to celebrate. Ishan Biswas and Krishna Raghavan also had a very solid outing with a 6-2, 6-3 win at 2 doubles. The 1 doubles streak of Jacob Strome and Sahith Shankar continues as they squeaked out a 6-4, 6-3 victory. The match of the day goes to Maheep Singh and Mick Gordinier who grinded out a tough 6-4, 4-6, 6-3 win. The most impressive part of their performance was that they didn’t get down when their best shots weren’t going in the court.

Regionals is this Thursday at Plymouth Salem. The start time is 8am. Let’s cheer on the Lakers as they try to go back to States two years in a row.