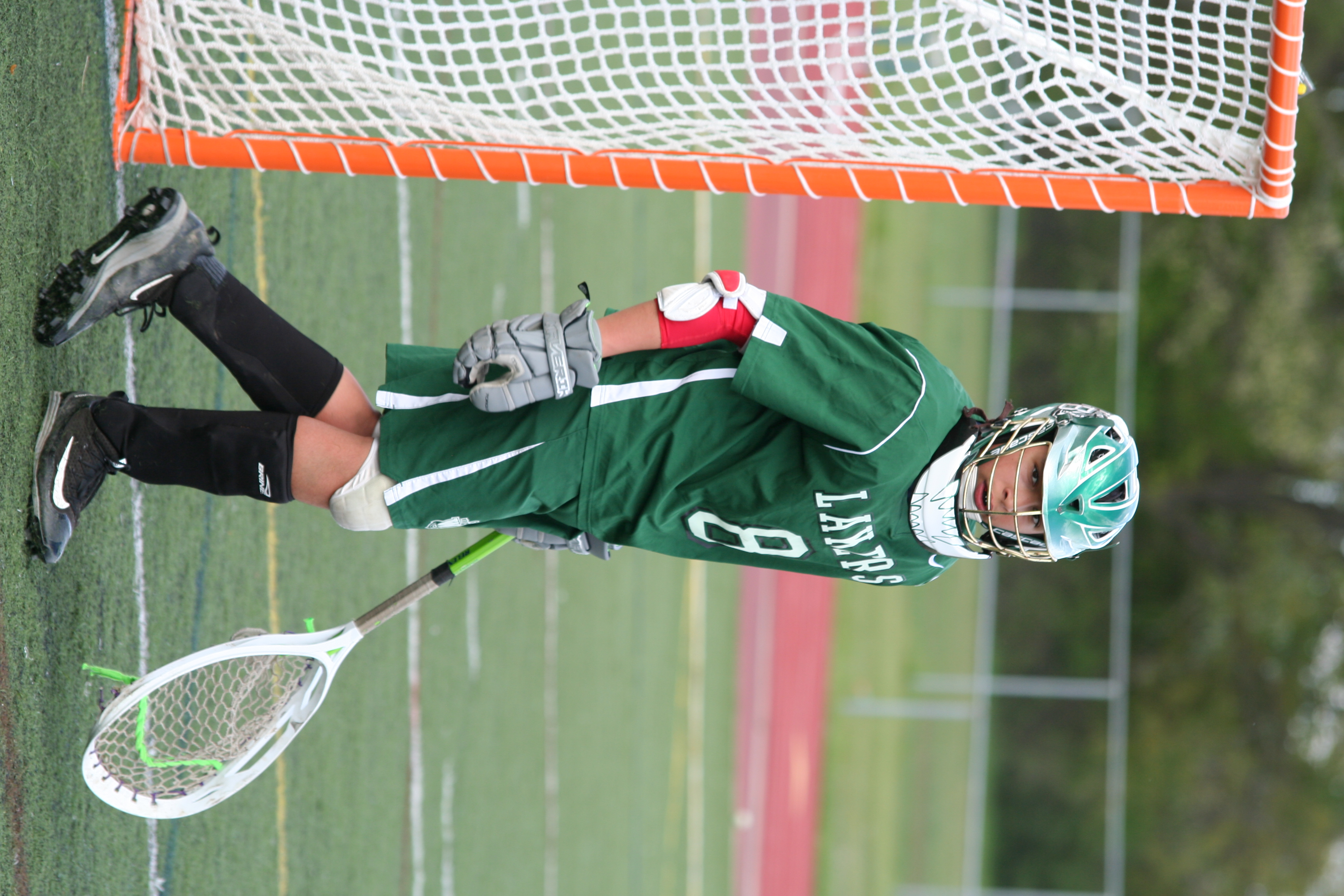 The Lakers boys lacrosse team came back to defeat Livonia United in a thrilling double over time game on Tuesday evening.

Livonia lead after the first quarter by a score of 2-1 and also lead at half time 5-3. As they have all season, the Lakers never quit and continued to play solid defense while slowly chipping away at the Livonia lead. During the 4th quarter the Lakers were able to finally take the lead only to have Livonia come back to tie it up 3 minutes later with 5:29 left in the game. The first overtime and most of the second went scoreless with many chances for the home team. It was not looking good in the second over time with the Lakers down 2 men and Livonia pressing the offense. A huge diving save by Freshman Ethan Gulati was followed by a clearing pass to Senior Attackman Nick Long who took the ball in from midfield and deked the Livonia goalie for the winning goal.

The Lakers were lead defensively by Junior LSM Sverre Sears and Junior Defender Darian Kruja, each with 7 ground balls. Backstopping the effort in spectacular fashion was Freshman Goalie Ethan Gulati whose performance under pressure was quite impressive. Junior Midfielders David Thibideau and Sam Hughes helped by contributing several wins at the face off x.

The Lakers will now travel to Catholic Central for a Regional Playoff game on Friday at 6 pm.